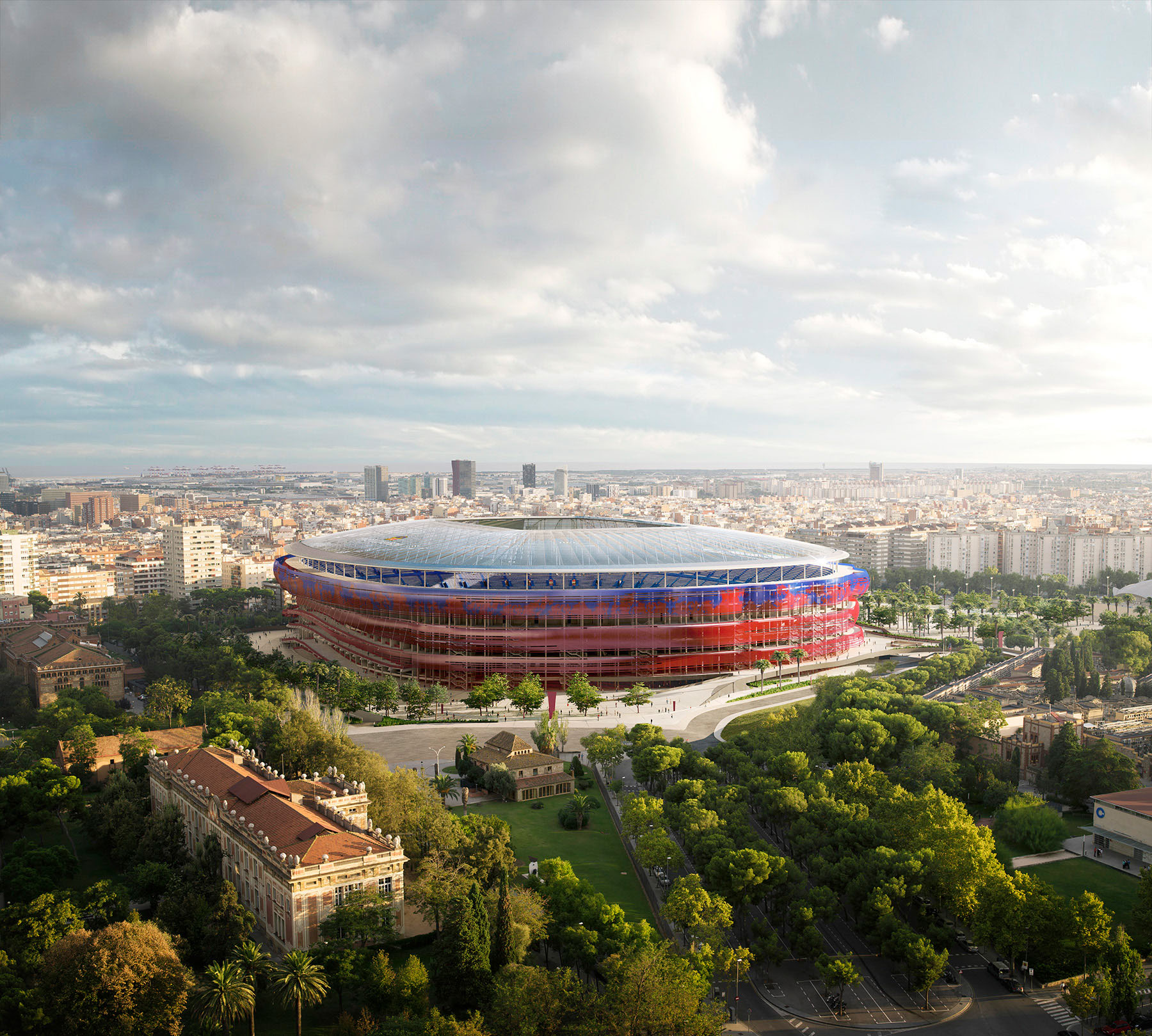 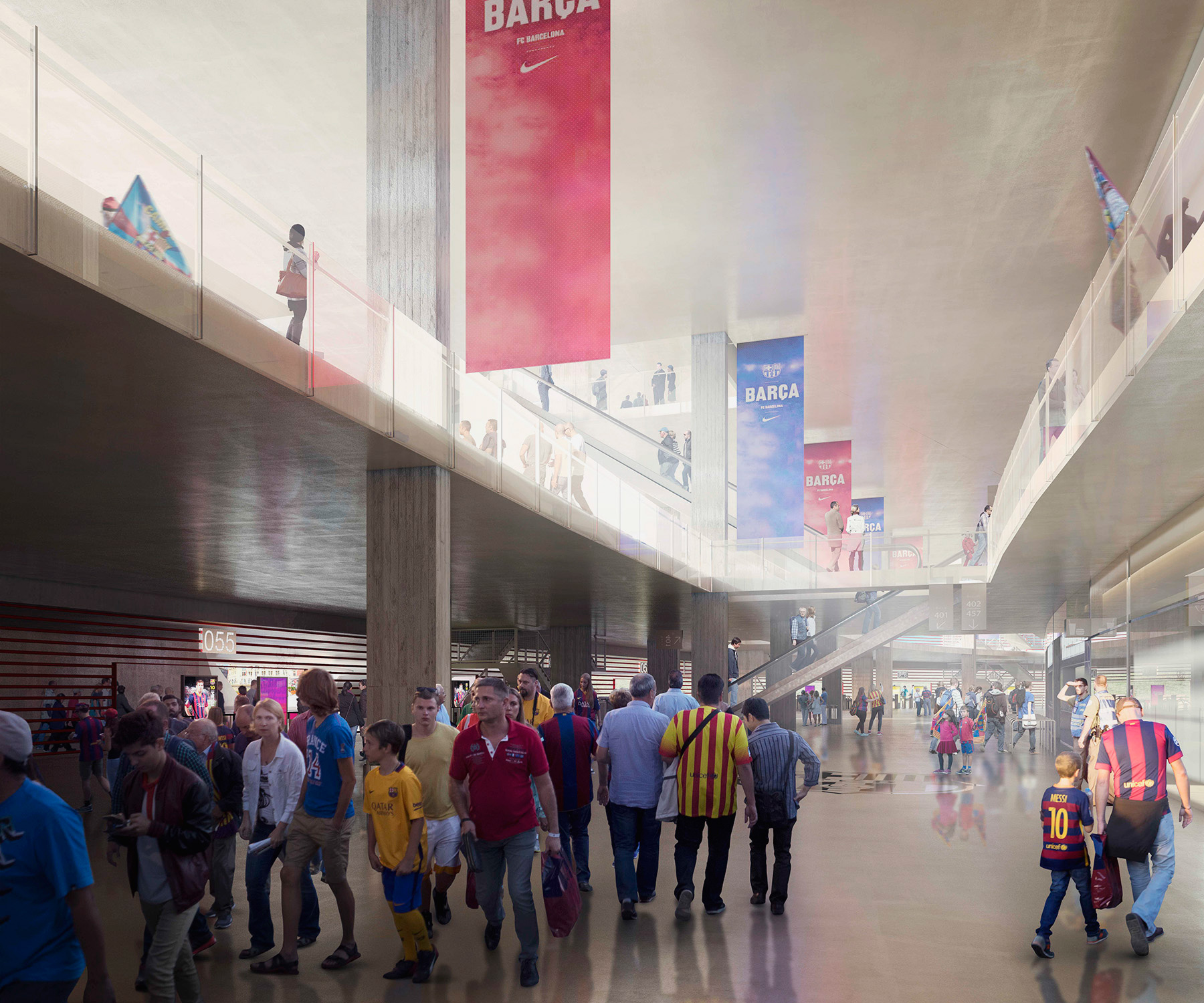 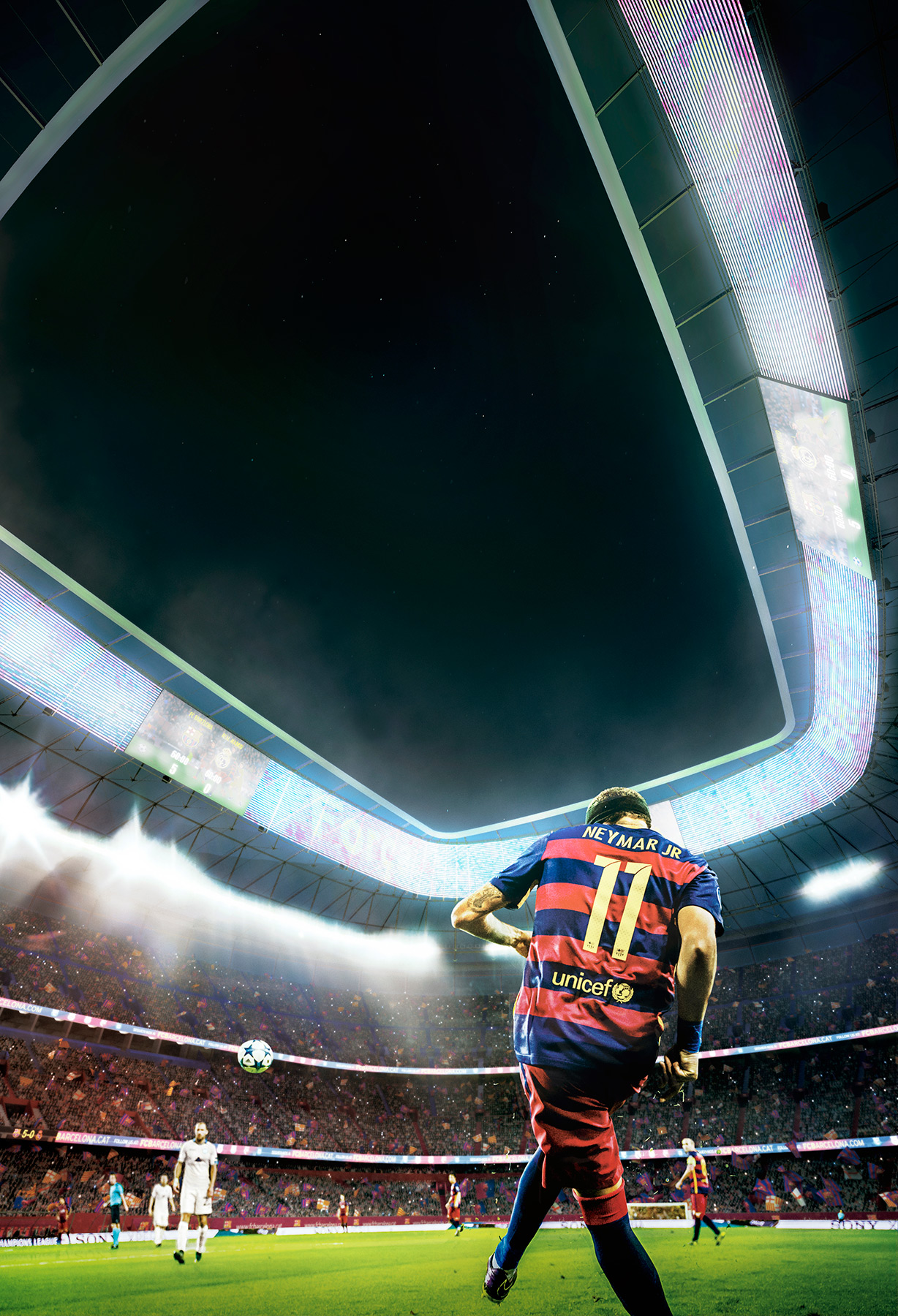 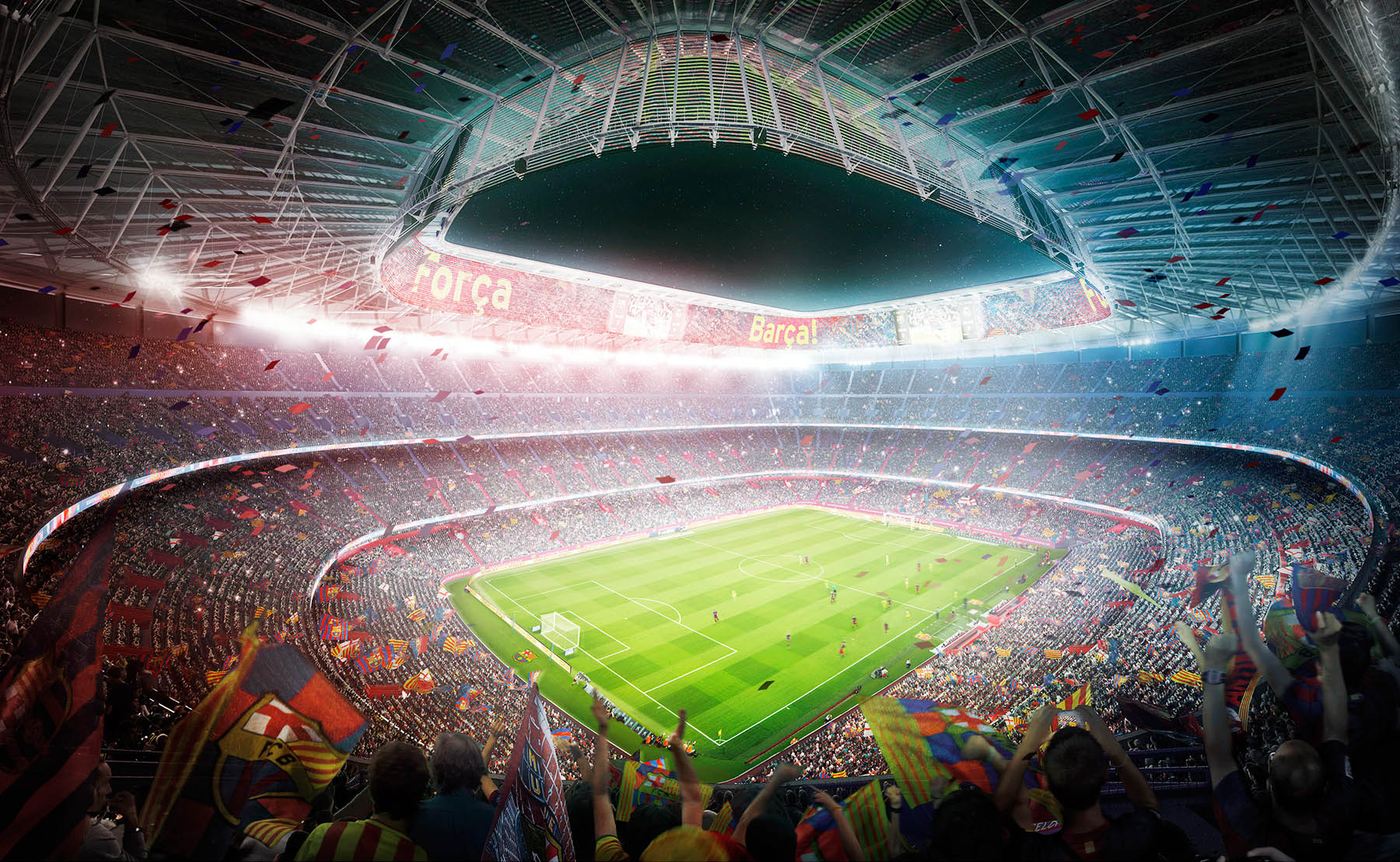 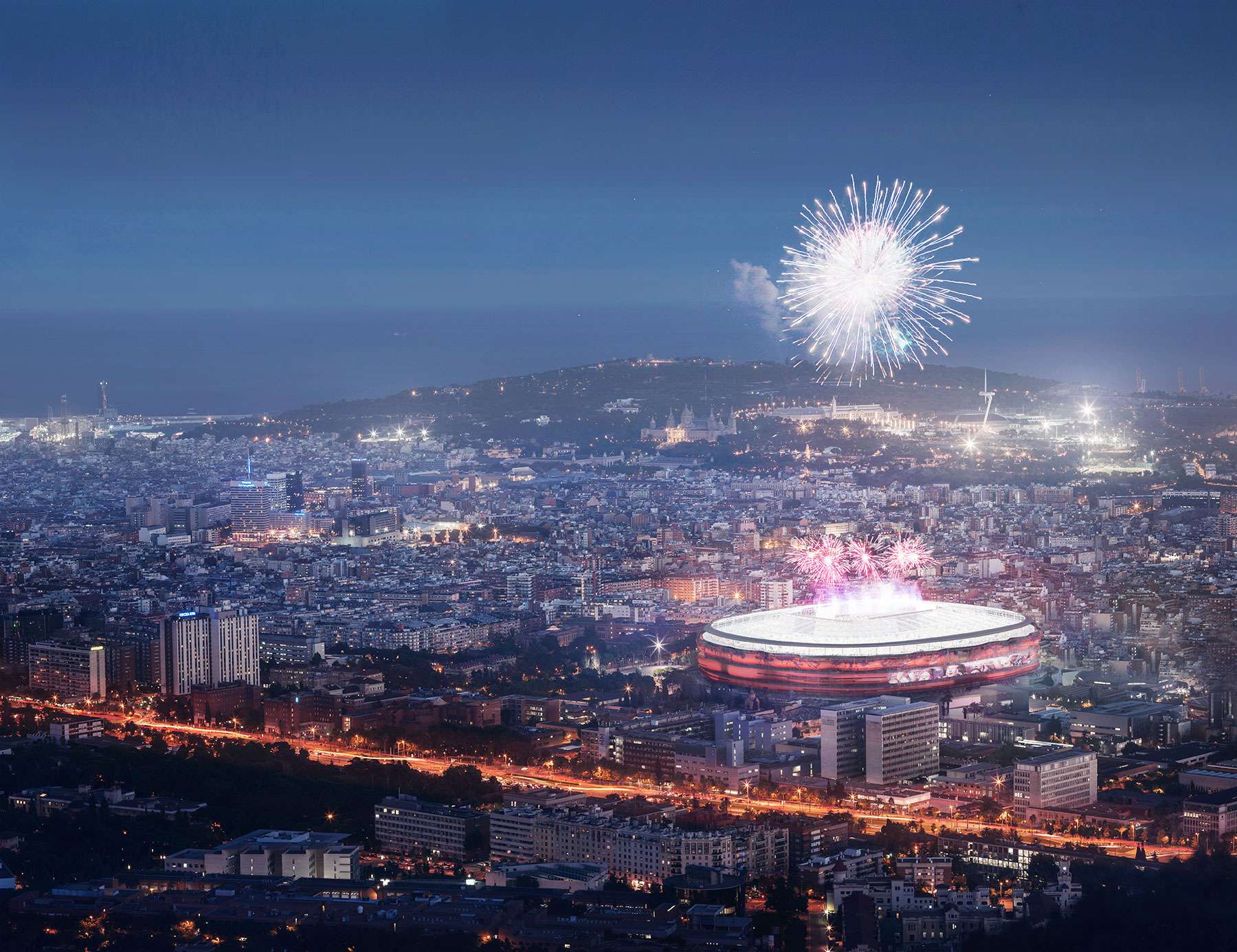 FCBarcelona organized a competition for the remodeling and updating of the stadium. This project was designed by Ricardo Bofill Taller de Arquitectura together with the Arup engineering.

For the reform, it was necessary to fulfill a series of requirements like: to reform the facade, equal the height of the bleachers (increase of the gauging), to create a stadium-museum, close the stadium with a cover, etc.

In the course of the competition we were lucky enough to be able to collaborate with the best in our sector and these are Mir.

We always try to tell a story in all the images of the projects and this would not be less, being Barça fans!

In these rendered images it depicts the perfect night, the final of the Champions League in the new FCB Stadium, with the stars Messi, Neymar and Luis Suarez.

The day begins with an aerial daylight view of the new stadium, surrounded by greenery and receiving the arrival of the fans. Already inside the corridors, you can feel the nervousness of the game.

At last it starts and all the focus are on the stars and Neymar does a corner kick and ... ¡GOAL!

Finally the perfect celebration, the fireworks illuminate the city of Barcelona.